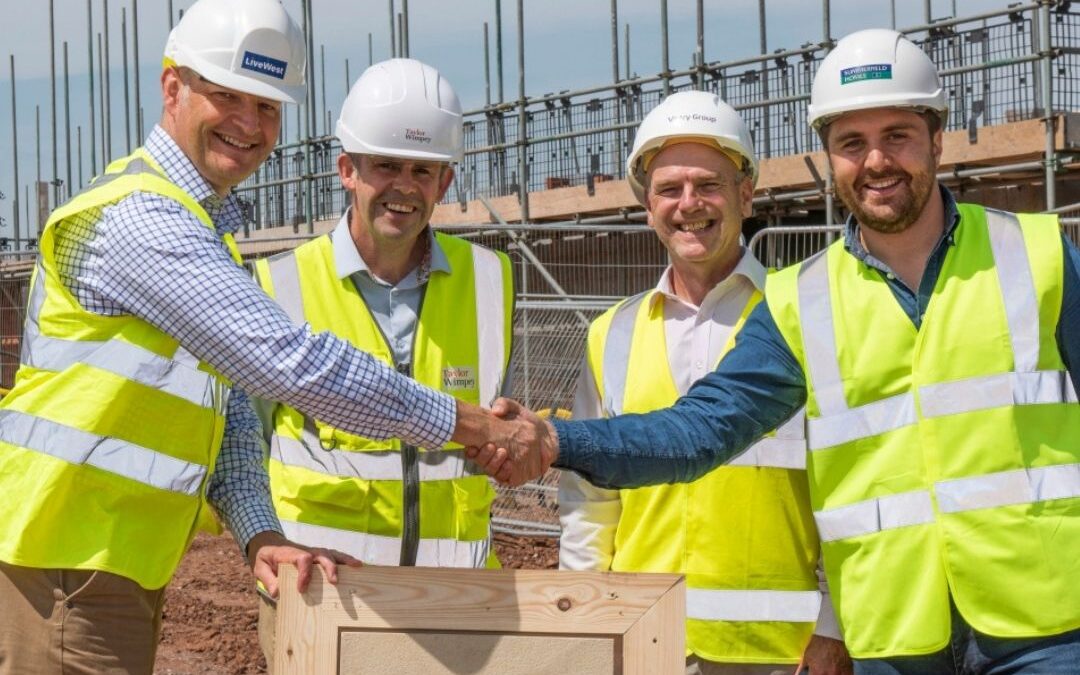 New figures have revealed the significant progress being made at Orchard Grove, the new 2,000 home community at Comeytrowe – and it includes having a team of 493 people that have planted over 2,750 trees and shrubs, and laid over 1,500 metres of road to build the new development from the ground up. An infographic has been created to show the scale of progress so far and what to expect next.

Work on the new garden community is being led by a Consortium of leading housebuilders – Taylor Wimpey and Vistry Group, which includes Bovis Homes and Linden Homes. Vistry Group is working on this project as a joint venture with South West housing association, LiveWest. Work began at the tail-end of 2020, but last year saw an immense push to deliver vital infrastructure and begin building much needed new homes.

Gathering momentum now, the community is set to develop further in 2022 with a series of ‘firsts’ for Orchard Grove. This includes welcoming the first residents, alongside creating the first of many areas of parkland, and building the first community amenity: Somerset’s first carbon neutral school.

Sue Scholfield, from Vistry Group and the Orchard Grove Consortium, said, “A huge amount of work, investment and skills have gone into establishing this exciting new community. It is hugely rewarding to see how Orchard Grove is taking shape. Much has been achieved already in developing new infrastructure and delivering high-quality new homes. With plenty more milestones in the pipeline for the year ahead, this is a community that will only get better and have even more to offer.”